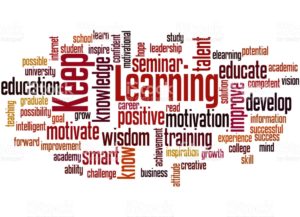 Burglary and Arson Investigation Citation: “Officer Klave was assigned to continue an investigation involving several school Burglaries and Arsons. Officer Klave took the information given to him and used his instincts and knowledge of criminal law and did an outstanding job investigating the crimes. He went as far as setting up a scanner and listened to the perpetrators talking about their crimes over stolen radios. Officer Klave successfully wrapped up the case by obtaining written confessions from the subjects involved and filed numerous felony charges….“

Court Testimony Citation: “I wanted to compliment you for the way you handled yourself in the hearing on the Defendant’s Motion to Suppress Evidence that was held in District Court. Your testimony obviously made the difference in the Court denying the Motion to Suppress. The Defendant has now decided to change his plea to guilty.“

Homicide or Accidental Death: I investigated what appeared to be a homicide. The husband found his wife dead on the floor of the kitchen. The body was in a semi-fetal position, there were ligature marks on her neck and there was a cigarette butt stuck to the end of her nose. The husband claimed that he and his wife argued after she got home late from the bar and was intoxicated. He went to bed, but later got worried when she didn’t come upstairs. He said he went downstairs and it was dark and he tripped over something as he was reaching for the light switch. When he turned on the light, he discovered her body on the floor. In the course of the investigation, I was able to determine that the female died from accidental asphyxiation. Due to her intoxication, she was bent over the trash can in the kitchen, which was full and near the top were several dozen cigarette butts. Sometime during the process of her bending over the trash can, she lost consciousness and accidentally asphyxiated herself on the edge of the trash can due to her body weight. The marks on her neck and forensic evidence proved this truth. When the husband came downstairs, she was already dead and tripped over her body, which caused her to fall over from her original position. The cigarette butt that was on her nose was from the trash can which stuck to her as she fell over to the ground. That cigarette butt, and its position, were vital clues in determining the outcome of the investigation. This was an accident, not a homicide. You can imagine the importance of getting this case solved correctly!

Drug Investigation Citation: “… I wanted to let you know that I appreciate the thoroughness of your report concerning your recent drug investigation. The report was very detailed and left little, if anything to question. I also want to commend you for all the hard work and diligence you displayed in this investigation. I know you spent a lot of hours working on this to see it to a successful conclusion. As a result of your investigation, seven defendants…have been taken off the streets and will now be held accountable for their actions.“